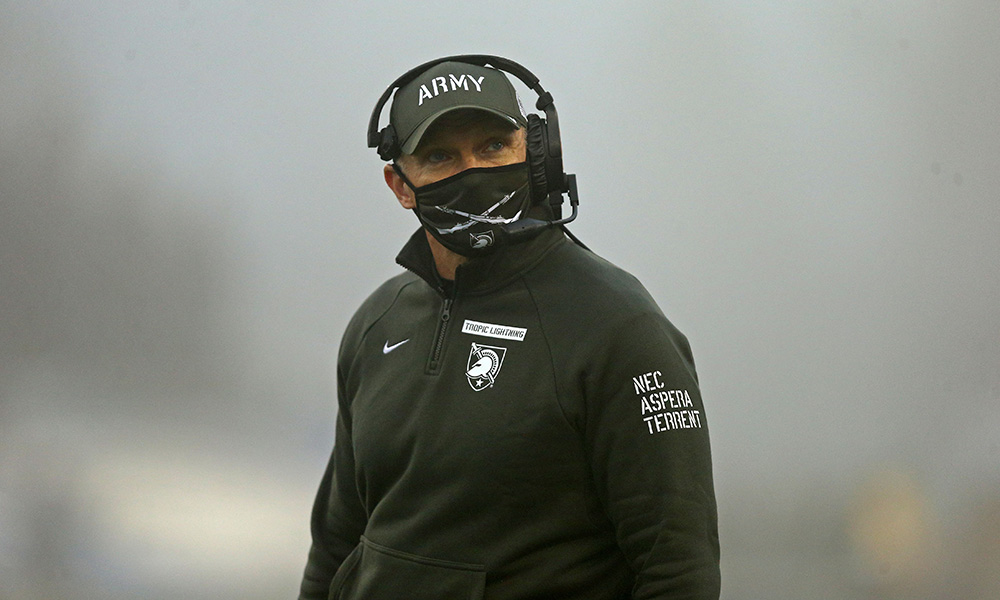 The campaign for Army to play in a bowl game is starting to reach viral status.

Dave Portnoy, the founder of Barstool Sports, tweeted Monday morning that he would sponsor a bowl game if a team stepped up to play 9-2 Army after the Independence Bowl was cancelled Sunday.

“I will pay for the bowl if somebody has the nuts to play Army,” Portney tweeted.

When Monken delivered the tough news to his team about their bowl status Sunday night, he received the expected answer from teary-eyed players to his question about Army’s next step.

“They are just so completely committed to each other,” Monken told SiriusXM’s Full Ride Monday morning. “Last night, when I talked to them and I said, ‘What do you guys want to do?’ They said, ‘Coach you tell us when and we are going to play.’

“They are willing to stay here this week and see what happens with the games this week. If we have a chance to play, they said, “Coach, if you send us home and next week and we have a game, get us there to the bowl game and we will be ready to play.”

Monken made the media rounds Monday appearing on Full Ride, the Dan Patrick Show and the Rich Eisen Show. He told Full Ride that his disappointment doesn’t stem from two or three wins teams playing in bowls but with teams that expressed the desire to play when their conferences cancelled their season and opted out after their shortened regular seasons were completed.

“They say, ‘We want to play, we want to play, we want to play,’ and now it gets to bowl season and (they say) ‘all we’ve been through we don’t want to play now,” Monken said on Full Ride. “I don’t understand that. You have young men at the United States Military Academy or other academies who are seniors and in six months, they are going to take a pledge to put their lives on the line for the opportunity for all of us to enjoy this game and play these games.”

Monken mentioned the challenges that Army players have gone through during the season.

“They haven’t been off campus since. They haven’t seen their parents. They haven’t left this campus since June 1. It’s not like a regular college campus where people can drive through or go to an apartment where their friends can come see them or their girlfriend or parents can bring them chinese food from the takeout. That doesn’t happen here. Our guys have battled through and earned the opportunity to be in a bowl game. To see their faces and the tears in their eyes being shut out of a bowl game, I was going to fight for them.”

The Military Bowl offered to host Army Sunday night if it could find an opponent for the Black Knights. Efforts were unsuccessful and the Military Bowl announced its cancellation Monday.