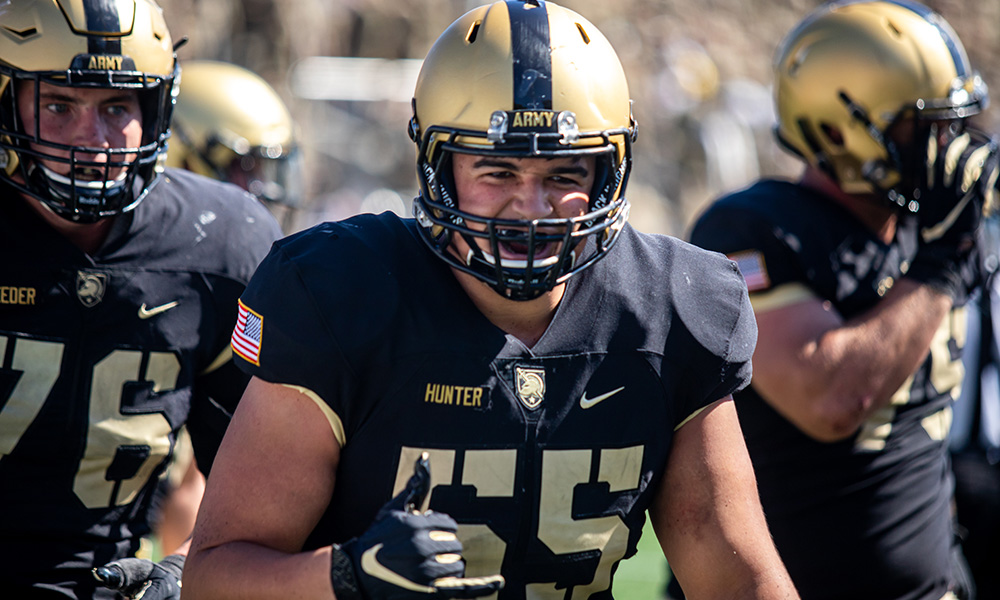 Hunter, an Oceanside, Calif. native, wanted to wear the cardinal and gold of USC or the green and yellow of Oregon.

However, Hunter’s path would lead him to West Point. Hunter lines up for his final game against West Virginia in the Liberty Bowl Thursday.

“All of our dreams as little kids is to play at these big-time programs,” Hunter said. “Unfortunately, we weren’t able to make that happen. We came to Army. We had those big dreams and those big aspirations and all we want to do is play big-time football.”

Hunter, Army’s senior tackle, has played in Michigan’s Big House and at Oklahoma during his career. Army took both Michigan and Oklahoma into overtime, falling just short. West Virginia gives Hunter and the senior class a final chance to earn their first victory over a Power Five team after some uncertainty following the folding of the Independence Bowl.

“All we wanted to show if we can play big-time football and we are not just some little Army team,” Hunter said. “We are a competitive program and we want to show that on Thursday.”

Hunter started receiving practice reps with the travel squad at the end of freshman year. He followed Brett Toth as Army’s starting right tackle his sophomore season. If Hunter, who missed the Black Knights’ last game against Air Force, starts Thursday, he will be making his 30th appearance with the first unit. The three-year starter has grown into a mentor for younger offensive linemen Jordyn Law and Connor Finucane.

“I found myself in the mix (his freshman year) just a tiny little bit and I couldn’t have done it if it wasn’t for the leadership of the seniors,” Hunter said. ” I know they are going through the same thing. Last year, they were in high school (or Army Prep) and for them to be playing some big-time football, the pressure can get to some people.

“You have to tell them that you believe in them. They put in the work and they just have to believe in themselves honestly. It’s just great to watch such young talent and to see what the brotherhood is going to become when we leave.”