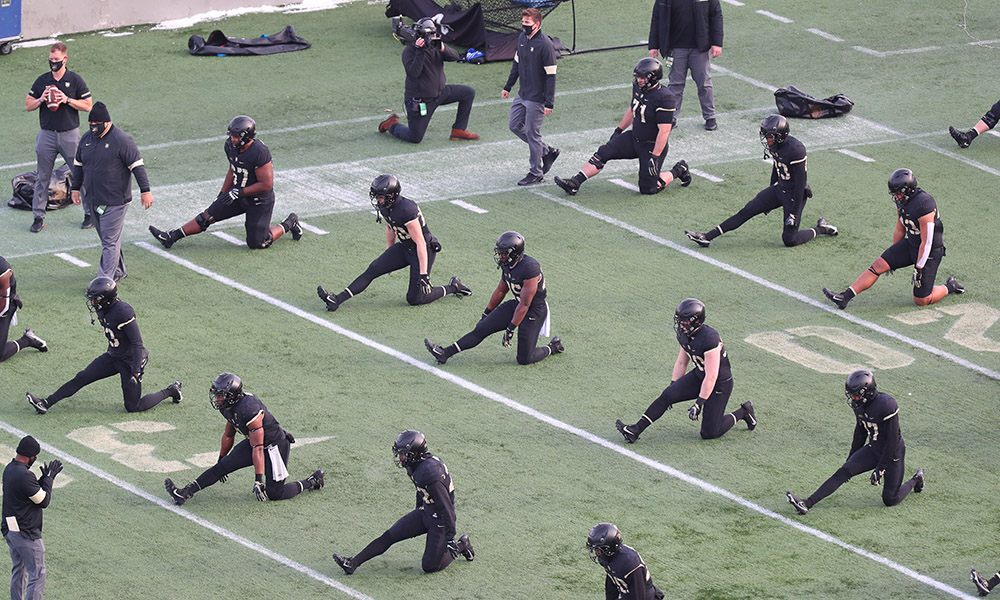 One of the week’s most popular storylines didn’t center around Army’s opponent with the biggest stakes of the season on the line today at Michie Stadium.

Questions were asked and tweaked about how would Army players be able to turn their attention to Air Force after an emotional and physical win over Navy Saturday.

The answer is simple. When the Commander in Chief’s trophy is at stake, attention is turned to Army’s main goal of the season.

Army has its first chance to capture the CIC Trophy on its home turf, providing more motivation.

Saturday is the first time that Army and Air Force have played in December. The game was originally scheduled for Nov. 7 and was postponed due to positive COVID-19 test and contract tracing by Air Force. Army coach Jeff Monken argued Air Force had enough players for the game to go on, hinting that certain key Air Force players may have been among the group that was unable to play.