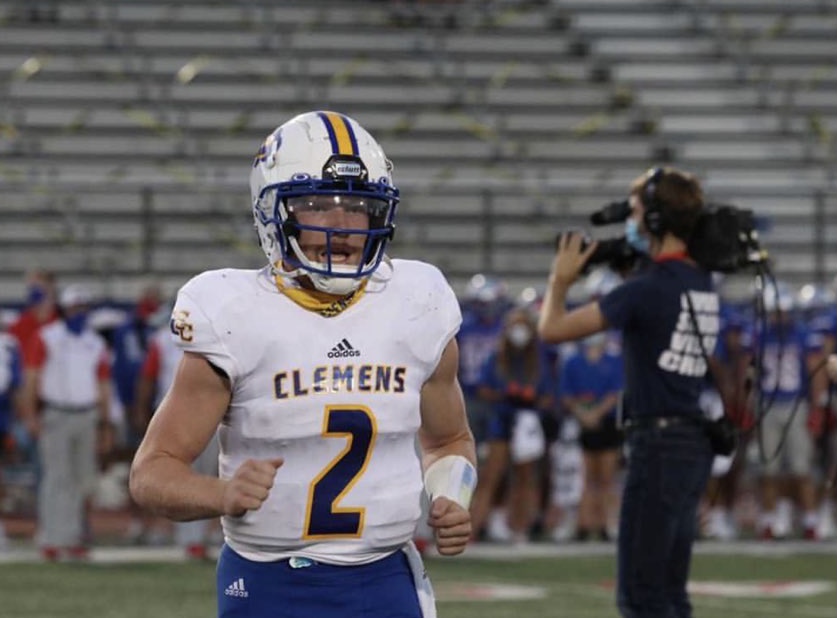 The opportunity that Max DiDomenico was waiting for arrived Wednesday night.

After a couple weeks of discussion and contact, the Clemens (Texas) senior received his first FBS offer from Army. DiDomenico researched the academy during Army’s interest and was ready to make his decision Thursday morning.

In his commitment post on social media, DiDomenico, who is being recruited to play safety for the Black Knights, thanked Army’s staff for taking a chance on him. DiDomenico was planning on taking the junior-college route and attend Tyler (Texas) before Army’s offer.

“(Army) gave me an offer when most schools did not,” said the 5-foot-11, 190-pound DiDomenico. “They believed in what they saw.

“Army is getting a well-rounded young man who is ready to go out and compete,” DiDomenico said.