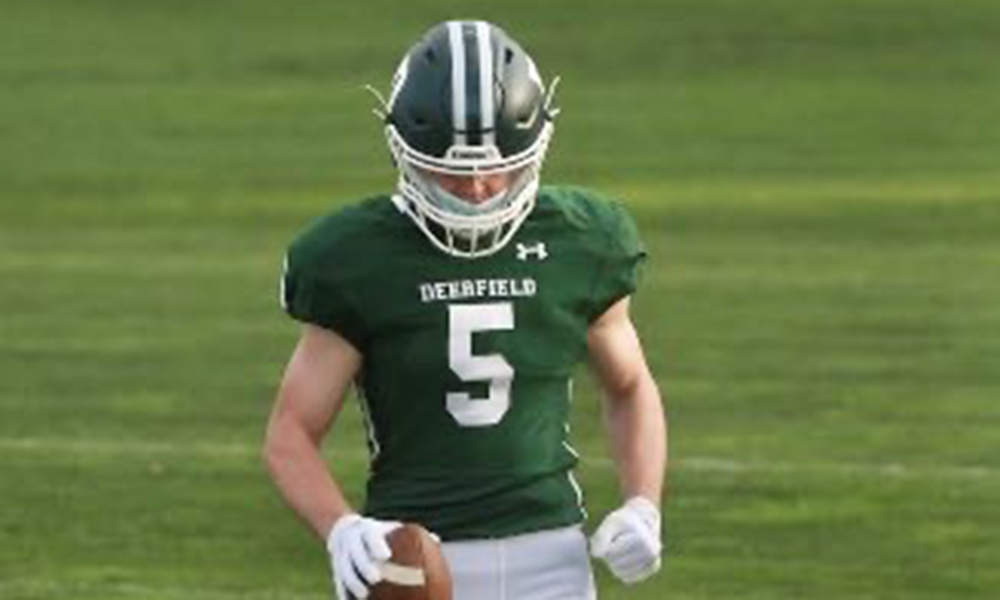 Casey Reynolds believed he was destined to attend a service academy.

Reynolds always had great respect for the cadets at West Point but thought he would be going to Navy after being offered to play lacrosse heading into his junior year at Cold Spring Harbor (N.Y.).

Football started becoming a bigger part of Reynolds’ life. Reynolds held out for a football offer. He attended Deerfield Academy (Mass.) for a postgraduate year this school year to increase his chances.

Army came through with Reynolds’ first FBS offer about a week ago on Jan. 10.

“Once Army came into the picture and once I got the offer, I knew that’s where I wanted to go,” said Reynolds, a 6-foot, 200-pound wide receiver. “The thing that set Army apart was the idea of being a part of a group that represents something much bigger than myself.”

Reynolds was one of three commits to announce their decisions to play for Army. Tuesday.

Reynolds started playing football in third grade but the chances of playing lacrosse at the Division I level seemed more likely in highly-recruited Long Island.

“Every town has five Division I lacrosse commits,” Reynolds said.

Reynolds betted on himself by opting to attend Deerfield. Some of his Deerfield teammates were getting recruited by Division I football schools including Northwestern.

“I can’t put into words how much Deerfield helped me get to Army,” Reynolds said. “It helped so much.”